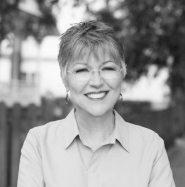 Historic Springfield is a neighborhood located to the north of downtown Jacksonville. Established in 1869, it experienced its greatest growth from the early 1880s through the 1920s. The Springfield Historic District is listed in the National Register of Historic Places and contains some of the city's best examples of 19th and early 20th century architecture. It is a local historic district as well.

Most of downtown Jacksonville was burned down in the Great Fire of 1901.  After the fire, many of the city's most prominent and wealthy citizens lost their homes and turned to Springfield. Springfield became an affluent suburb, due to the large number of wealthy residents who rebuilt their homes there.

The majority of the houses are wood frame vernacular structures, but there are some examples of late 19th century revival and romantic styles including Queen Anne, Colonial Revival, and the Stick style. 20th century types include Prairie School, Bungalow, and Mediterranean. One-story porches and verandas are common, and there are some homes with upper galleries.

No community is as active as Springfield.  Springfield is home to several organizations such as SPAR (Springfield Preservation and Revitalization) and SIAA (Springfield Improvement Association and Archives).  There is an active families’ group, a garden club, a book club, a cooking group called the Springfield Skillet, a business association (SAMBA), a holiday decorating group, an online yard sale page, and the popular “First Friday” pot luck/block parties each month.  There is a community garden for kids, numerous playgrounds, and a dog park.

Klutho Park hosts the annual Fourth of July Throwback Baseball Game, and is ground zero for Jax Porchfest which draws thousands of people into the neighborhood one Saturday each year to hear professional musicians perform on some of the best front porches in town.  Two home tours each year bring outsiders and neighbors alike to peek into some of these amazing homes.

Springfield neighbors enjoy an urban quality of life with local arts, culture, and neighbors we know by name.  People come looking to plug into the energy of the community. One neighbor had this to say.  “I travelled and moved around a lot. Now I wanted to plant roots somewhere to raise my family. We wanted something different – not a cookie cutter home. And we didn’t want to live in a typical suburban neighborhood where you rarely see your neighbors.”  Another resident sums it all up when asked this question:  What do you enjoy most about Springfield?  “I love my house. I love my yard. I love the location of my neighborhood. Most of all, I love my neighbors. We actually know each other. We like each other. My friends who live elsewhere don’t get it – they don’t know who their neighbors are. You can go into any number of restaurants in Springfield and it’ll be like an episode of Cheers, where everyone knows your name.”

This is the neighborhood I call home and I’ll never leave!